While climate researchers have been collecting data on climate development for decades in a world-wide coverage and are thus able to detect changes and calculate forecasts, our planet, however, is losing its biodiversity year after year without collecting data in a comparable way. Only point-to-point data are acquired by scientists and dedicated volunteers. These individual studies show, that since 1990, the number of insects and birds in Central Europe has declined sharply.  However, there is no national, broad-based monitoring programme, and the technical prerequisites and infrastructure are lacking. 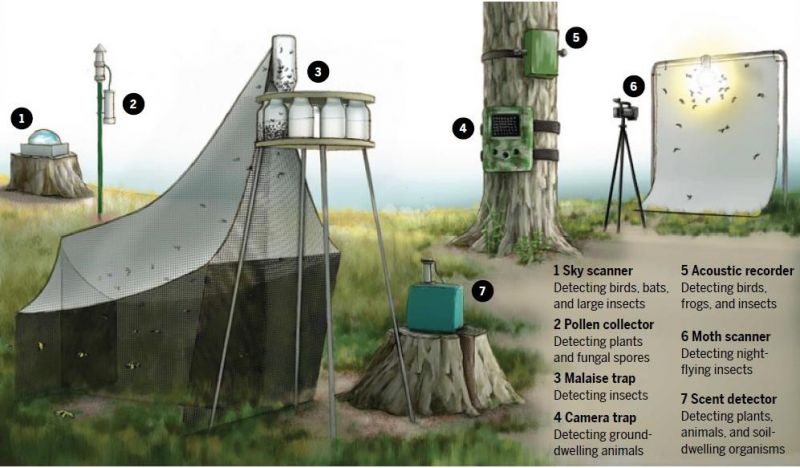 The AMMOD project aims to bring together and adapt novel techniques to automatically register species diversity, in analogy to automated weather stations. The following technologies will be used for this purpose:

ION-GAS GmbH in particular is involved in the module “Smellscapes”, where traces of Volatile Organic Compounds (VOC) are determined in ambient air using ion mobility spectrometry. Characteristic patterns of such compounds are released by plants, thus enabling monitoring of trends in the development of the population of particular species as well as of the intrusion of new species. Furthermore, detecting compounds characteristic for traffic, heating or industry even enables monitoring of anthropogenic influences.

For further details about the project, please visit